As part of the new Australian law that could see clinicians imprisoned if they report abuse of detainees in refugee detention centres, Border Protection staff will also be required to swear an oath (see Section B1 below) not to report such abuse or any other infringements. This ‘hypocritical oath’, as we dub it, mirrors the hypocrisy of a Government that professes its support for universal human rights, but is condemned by the UN for violating them; that purports to stop ‘people smugglers’, but according to extensive evidence actually funds them; and whose agents – again, according to a range of evidence – set asylum-seekers boats adrift, Mediterranean-style, so endangering lives. Moreover, it is clear that the Government’s wider strategy is to lockdown all avenues via which, not just abuse but breaches of law – Maritime, international and even the Criminal Code – can be reported (though there are ways around that – see end of article). In effect, this the beginning of a reactionary programme that seeks not just to limit dissent, but to criminalise it.

UPDATES: 1. According to Charlotte Wilson, the former Save the Children case manager at Nauru detention centre, security guards employed by Wilson Security paid for and taped sex with refugees – more. 2. A leading Australian paediatrician fears he may face prison for revealing child abuse.

Over the last two weeks the Tony Abbott Government has been roundly criticised by witnesses appearing at a Senate Inquiry into the conditions of asylum-seekers detained indefinitely on offshore detention centres, notably Nauru and Manus Island.

According to Juan Mendez, the UN Rapporteur on Torture, “The government of Australia, by failing to provide adequate detention conditions; end the practice of detention of children; and put a stop to the escalating violence and tension at the regional processing centre, has violated the right of the asylum seekers including children to be free from torture or cruel, inhuman or degrading treatment… The Migration and Maritime Powers Legislation Amendment… violates the Convention Against Torture (CAT) because it allows for the arbitrary detention and refugee determination at sea, without access to lawyers. The Migration Amendment (Character and General Visa Cancellation Bill) violates the CAT because it tightens control on the issuance of visas on the basis of character and risk assessments.”

Details of the abuse at the detention centres were provided to the Australian Government as long back as November 2013. No action was taken by the Government. Nor did the Government pass on the information about the abuse but, instead, sat on it (i.e. covered it up). The extensive evidence of this abuse can be found here:

Note: yesterday it was announced that seven of the eight men who had been suspended from their positions as security guards at the Nauru refugee detention centre for their openly racist and Islamophobic remarks have now been reinstated by their employer, Wilson Security, and the seven will be operational at Nauru once again .

Over the last week the Government has been forced to defend itself against overwhelming evidence that it funded ‘people smugglers’ to turn back asylum-seekers. We have reported extensively on this – here is the latest report. Then on Thursday the Government refused a Senate demand that it should produce all documentation, including costings, of that funding.

What is also abundantly clear from the evidence of this sorry affair is that not only was the Government funding the ‘people smugglers’, but the Australian Navy and Australian Customs had seized a seaworthy boat used to transport the asylum-seekers and replaced it with two, less seaworthy boats with barely enough fuel to reach land. In doing so, had a tragedy occurred and passengers or crew drowned, the Navy and Customs (and, ultimately, the Australian Government) would have been at best guilty of gross negligence and at worst guilty of manslaughter.

According to barrister Julian Burnside QC, the Australian Government in carrying out these acts has contravened the (Australian) Criminal Code, section 73(1) – though prosecution has to be organised by the AFP (Australian Federal Police). The Government may also have contravened the (Australian) Maritime Act 1958 (Sect 233D) and, according to a law expert, the 2000 Protocol Against Smuggling of Migrants By Lands, Sea and Air (a prosecution re latter would have to be organised by Indonesia).

B. Restricting reporting of abuse/infringements

Under the heading of  “secrecy and disclosure provisions“, the new Border Force Act states that releasing information to anyone is only permitted by the secretary of the department responsible for detention centres. “Under the proposed measures, the unauthorised disclosures of information, including personal information will be punishable by imprisonment for two years”.

As well as Border Protection staff, professionals who work at the detention centres, as well as employees of Transfield, the company that runs the centres, and employees of Wilson Security, which organises security at the centres, may all be required to adhere to the oath.

“I, [*insert name], swear on the [*insert religious book] to conduct myself with integrity and honesty in the exercise of my powers and performance of my duties as [*the Commissioner/*an officer] of the Australian Border Force. I will uphold the significant trust that is placed in me as a result of my role. I will, to the best of my ability, skill and knowledge, faithfully and professionally discharge all my duties according to law, and in such a manner that at all times upholds the good reputation of the Australian Border Force. So help me [*God/*a god recognised by his or her religion]. * Delete if not applicable.

According to the explanation that accompanies the oath:

The explanation to the oath also makes it clear that Border Protection officers will not be allowed to stand for election or hold public office (presumably, to ensure they can’t use Parliamentary or similar privilege to report on infringements).

In July 2014 the Royal Australian College of General Practitioners (RACGP) issued the following statement… “As the peak professional body representing Australian GPs, it is our moral responsibility to advocate for the health outcomes of vulnerable populations. The Australian Government must treat asylum seekers as a humanitarian rather than a political issue. The majority of those in detention have unique mental and physical healthcare needs as a consequence of the circumstances they have fled and these are further exacerbated by a prolonged period of uncertainty in detention. The primary care staff in these facilities, many of whom are GPs, are continuing to work in ethically challenging environments. As a consequence, GPs may not be able to uphold the appropriate clinical and ethical standards of quality patient care, because of the restrictions of these settings. The RACGP has a responsibility to advocate for these GPs as well as for those who are detained. There is a substantial body of evidence, which demonstrates that detention, particularly prolonged detention causes negative physical and mental health consequences for asylum seekers. We know there are more humane ways of processing those who arrive on our shores seeking asylum and it is our duty to ensure these people, particularly children, are treated ethically and with respect. The act of holding children in restrictive detention must cease as an urgent priority and the RACGP recommends the standard model of care be one of community residence where families are kept together and they have access to appropriate and priority medical services. The RACGP is urging the Government to action immediate policy reform and increase efforts to improve the speed and efficiency of refugee status assessment for all asylum seekers.”

On May 28, just prior to the 2015 AMA (Australian Medical Association) conference, the BMJ (British Medical Journal) published an article, “Refugees: time for moral leadership from the Western democracie “, a damning indictment of the Abbott Government’s policy on refugees.

At the conference the AMA threw down a gauntlet to the Abbott Government when it agreed to defy the Border Force Act, which threatens imprisonment to doctors and other professionals – indeed, anyone – who reports on abuse – health or otherwise – of asylum-seekers or refugees held in detention by Australian authorities. A motion was passed, requesting that the Abbott Government review the law as a matter of urgency. It also called for the law to exempt from prosecution medical practitioners who disclose, in the public interest, failures in healthcare delivery in immigration detention centres.

Also, it’s worth remembering that while the Government has excised the reporting of abuse of refugees or asylum-seekers in detention centres, it is, of course, mandatory to report child abuse that takes place anywhere in Australia. Clearly, a two-tier ethical approach at play here.

Lawyer George Newhouse also commented: “There is no justification for this iron curtain which has been placed around immigration detention other than that the Commonwealth doesn’t want Australians and the rest of the world to know about the abominations that are taking place under their watch. This is all about the minister wanting to cover up the government’s mistakes, which go as far as murder and sexual abuse, including child sexual abuse, [under its watch].”

In an article by Dr Michael Gliksman in Australian Medicine (journal of the Australian Medical Association) he states: “The Australian Government is obliged, as a signatory to the UN Convention Relating to the Status of Refugees, to provide the same standard of health care to detainees as is available to the general population. There can be little doubt Australia is in breach of that Convention.”

Finally… whistleblowers should be aware that there is a facility for reporting abuse anonymously – just click here to proceed. 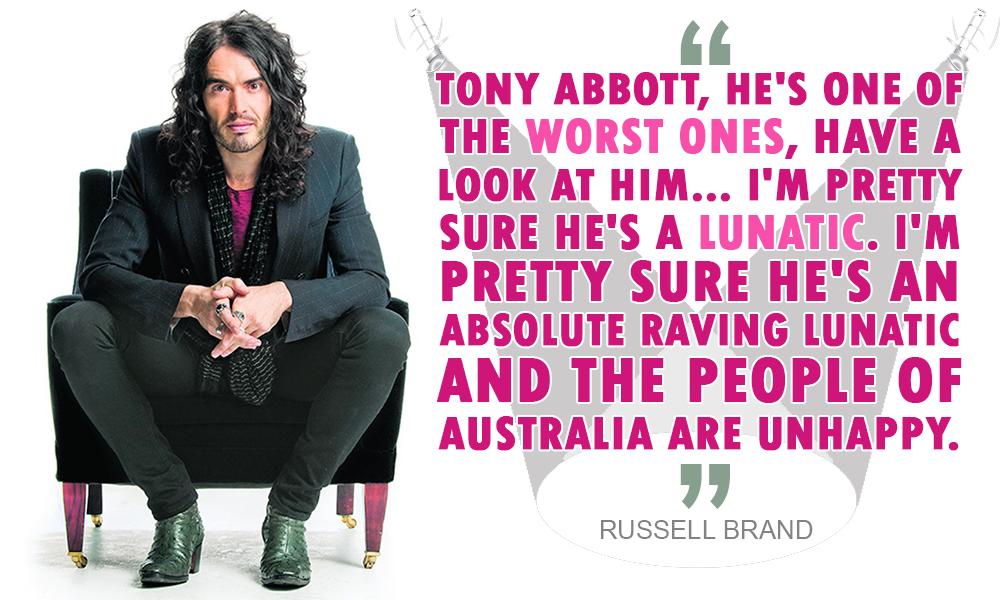 This entry was posted in Refugees and tagged Australia, Manus Island, Nauru. Bookmark the permalink.