Were MI5 informed of Thomas Mair’s links to neo-Nazi organisations in 2000? 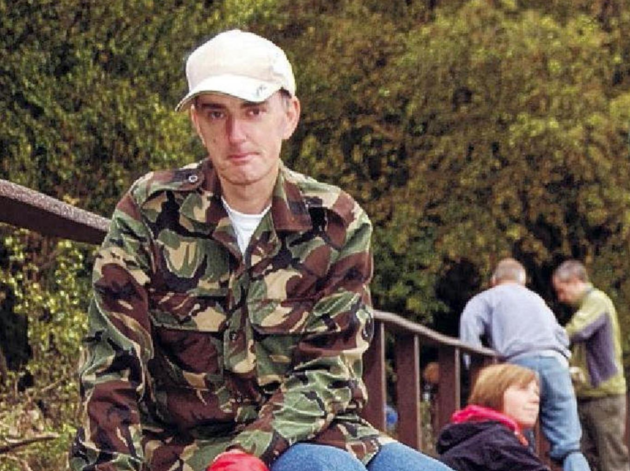 Thomas Mair is portrayed by the right-wing tabloids as being ‘mentally ill’ – a label usually reserved for those perpetrators of a political assassination if they are white. But Mair’s far-right, neo-Nazi links not only span decades but countries: a network of hate and racism that knows no bounds. The network, both formally and informally, links fascist organisations and tendencies globally. In Mair’s case, his links extend to organisations that span at least three continents. Mair is charged with the murder of Jo Cox MP, who was a lifelong campaigner of human rights and spearheaded many humanitarian causes. She was just the sort of person Mair and his fascist associates detested. Some may believe his alleged, vile act was not premeditated, but his history proves otherwise. That Mair allegedly chose to carry out the act in the lead up to the EU Referendum speaks volumes.

A. The US link

According to the Southern Poverty Law Center, the National Alliance was for decades the most dangerous and best organized neo-Nazi formation in America. Explicitly genocidal in its ideology, NA materials called for the eradication of Jews and other races and the creation of an all-white homeland.

National Alliance produced assassins, bombers and bank robbers. William Pierce, the founder of NA, penned a novel, The Turner Diaries, which notoriously became the inspiration for Timothy McVeigh’s 1995 bombing of the federal building in Oklahoma City (that left 168 people, including 19 children, dead) and many other acts of terror. Pierce once described how he hoped to lock Jews, “race traitors” and other enemies of the “Aryan” race into cattle cars and send them to the bottom of abandoned coal mines. In all, NA members were connected to at least 14 violent crimes between 1984 and 2005, including bank robberies, shootouts with police and, in Florida, a plan to bomb the main approach to Disney World.

At its height, in the 1990s, the National Alliance had chapters in several European countries and 1400 members. In the years after the death of Pierce in 2003, after a series of embarrassing revelations, National Alliance disintegrated.

According to Hatewatch, in May 2000 Thomas Mair and several other fascists allegedly met in a private room at a pub near the Strand, as attested by Todd Blodgett, an American who was then a paid informant for the FBI and who also met up regularly with MI5.

Blodgett had helped arrange the meeting at the request of William Pierce, then head of the neo-Nazi National Alliance. According to Blodgett, Mair was loosely affiliated with the Leeds chapter of the National Alliance, “He talked about a book he read by [David] Irving,” an infamous British Holocaust denier.

Others who met at the London pub included Stephen Cartwright, who was affiliated with the Scottish branch of the BNP, and Richard Barnbrook, a BNP member who in 2008 won election to a seat on the London Assembly.

The meeting was organised by Mark Cotterill, a Briton who was in the United States as the head of the American Friends of the British National Party and working to raise funds for the BNP.  Days after the meeting, Blodgett met with John Tyndall, who had been deposed in 1999 as leader of the BNP and replaced by Nick Griffin.

Details of the meeting, including Mair’s attendance, would have been provided to MI5 (and the FBI).

According to World Socialist Website, the Springbok Club was associated with the Swinton Circle, which was set up as a Conservative Party fringe group in the 1960s by admirers of Tory right-wing xenophobe Enoch Powell. The Swinton Circle publication Tough Talking from the Right “held a special readers’ meeting and buffet in the City of London only recently, where the guest speaker was Mr. Nigel Farage MEP, the co-president of the Independence and Democracy Group in the European Parliament.”.

D. The Greek connection and the Euro-wide dimension

According to XYZ Contagion, during the last week in March 2012, southern California National Alliance member MP and Alliance supporter “TH” visited Greece and spent a week with members and officials of Golden Dawn. (Source: The website of Annex Sacramento California Alliance of National, ‘ The Rising Sun Heralds The Golden Dawn ‘, 05/05/2012.)

4 Responses to Were MI5 informed of Thomas Mair’s links to neo-Nazi organisations in 2000?