Murder by any other name: the Iranian refugee who died from lack of Duty of Care 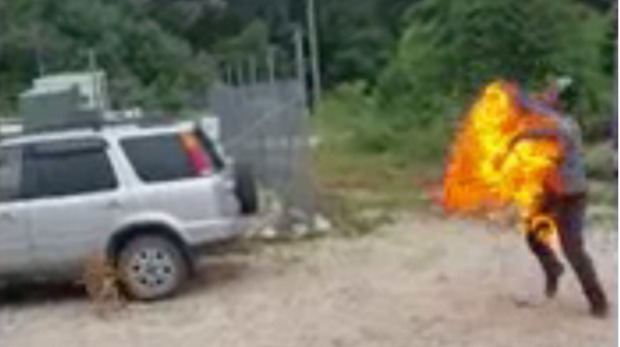 Today came the news that a 23 year old Iranian refugee, who had been detained by the Australian Government on Nauru and who was known only as Omid, died from injuries caused by self-immolation. Omid had poured inflammable liquid on himself, then set himself on fire in front of visiting UNHCR inspectors. It was an act of frustration, desperation and lack of hope that any solution to his predicament and that of his fellow refugees was in sight. But it took the Australian authorities more than 24 hours to get Omid to a suitable hospital in Australia (the medical facilities in Nauru are hopeless). Omid’s unlawful kidnapping, his unlawful detention and the lack of care while in detention all led to his death. Omid’s action was clearly political. In doing what he did, he knew he would be helping to bring what is happening at Nauru to the attention of the world.

Hopefully his death should not be in vain. Not only should the offshore processing of refugees by the Australian Government be discontinued, but those in Government in both Australia and Nauru should be prosecuted (if need be via a private prosection) for their part in not just the failure of duty of care in relation to Omid, but also their accountability to the illegal detention of hundreds of people over many years who have been guilty of nothing, apart from fleeing injustices, war and poverty.

Chief amongst these leaders is Peter – “There is no such thing as conscience” (to paraphrase Thatcher) – Dutton, the Australian minister for Immigration. Nor should his fellow ministers or the PM or previous ministers in that portfolio or previous PMs be immune from prosecution for a wide range of crimes relating to what has been happening in not just Nauru, but on Manus Island and Christmas Island too.

A graphic video – too shocking to show – recorded Omid’s self-immolation. Omid had poured a 20-litre bottle of petrol over himself. His last words were: “This is how tired we are, this action will prove how exhausted we are. I cannot take it anymore.”

A second video showed him in the Nauru hospital,  pacing up and down, screaming – with severe burns apparent to his arms, legs, chest, and back. There were no doctors present.

After 22 hours a plane arrived at Nauru to fly Omid to Australia, where he was taken to the Royal Brisbane and Women’s Hospital. Omid’s injuries were extensive and the Australian doctors were unable to save him. 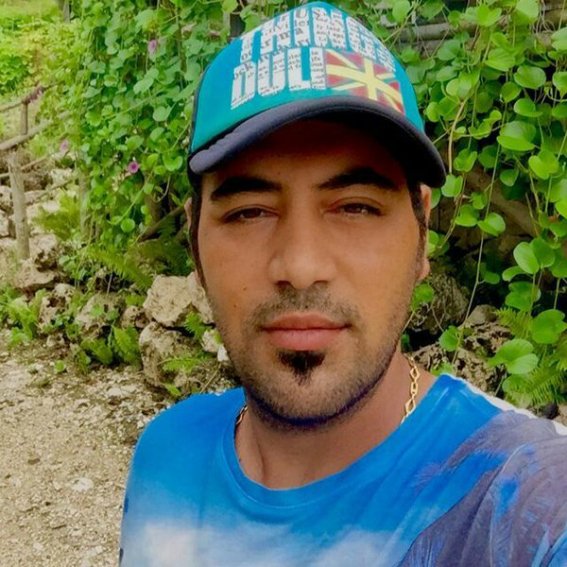 At least five others on Nauru have attempted suicide/self harm with two men in jail for swallowing razors. There have been protests by refugees detained in RCP3 for 40 days.

In a separate development, it has been reported that the Australian Government will be sued for compensation that could amount to more than 1 million dollars for their illegal detention of people on a Manus Island facility, which the Papua New Guinea government has ordered be closed immediately after a PNG Supreme Court ruling. A lawyer representing the men held at the Manus Island detention centre said that anyone who had ever been detained at Manus Island, including those who had returned to their country of origin, would be entitled to compensation. Some men had been locked up for more than 1000 days and the total compensation claims “could be more than $1 billion”.

Meanwhile, the Australian Government seems incapable of digging itself out of the ever-deepening moral hole – or, rather, immoral hole – it has created: again, it has rejected an offer by the New Zealand government to take in 150 of those detained. Yet, as Australia also stresses that the men held on Manus Island are the responsibility of PNG, then it is surely, by that ‘logic’, the PNG Government that can agree on where next these men should go.

Though it should also be stressed that these men on Manus – as all refugees – are not the property of any one government, but are people who are being warehoused for reasons of (Australian) political expediency. They should be freed without further delay.

This entry was posted in Refugees and tagged Australia, Manus, Nauru. Bookmark the permalink.

6 Responses to Murder by any other name: the Iranian refugee who died from lack of Duty of Care