The PR man who named an asylum-seeker who alleged rape; Govt shows contempt of court in ‘Abyan’ case

Lyall Mercer: he thinks it’s okay to release the name of a rape victim

You couldn’t make this up. There are two stories here – both concerning the Australian gulag on Nauru. First story: this last week, on Monday, the Nauruan Government’s PR firm, Mercer PR – headed by Lyall Mercer (pictured above) – flouted all conventions when it released to the media the name of a 26 year old Somalian woman asylum-seeker who alleged she had been raped in August by locals on Nauru. Further, Mercer’s firm released unredacted police reports to the Australian media, including forensic details of a vaginal examination. Whether these releases were deliberate or accidental is irrelevant – what happened is inexcusable and has rightly been condemned by all sectors, including the PR industry (more below…) Second story: in  a similar case, another Somalian woman who was detained on Nauru and who had been raped was flown to Australia to have her pregnancy terminated – but not all went to plan – here’s the full story below…

…Earlier this year, in July, a 23 year old Somalian asylum-seeker, who was kidnapped by the Australian Government on the high seas and illegally held in a detention centre on the island state of Nauru, was raped by locals there. The woman – who now goes under the pseudonym “Abyan” – insisted on having an abortion (which is illegal on Nauru) and after pressure from the Australian public the Turnbull-led Government agreed to fly her to Australia. There Abyan was held in another detention centre, Villawood, in the west of Sydney. A hospital appointment was then arranged for last Thursday, four days after Abyan had arrived in Australia. However, Abyan requested couselling before she could agree to attend the appointment. At that point the Australian Government decided that Abyan’s intentions were not genuine and so they would fly her back to Nauru.

On Friday (yesterday) Abyan’s pro-bono legal representative, George Newhouse, wrote to the Government and clarified that “Our client has not decided to refuse a termination and you have completely misunderstood or misconstrued her position which is as set out in my letter … of 14 October 2015… Our client has the right to counselling before a termination and to understand the procedure, that is all we have been seeking and to represent her position as a refusal is disingenuous and cruel.” At the same time Mr Newhouse requested a Federal court hearing so that an injunction could be sought to prevent the Government from going ahead with his client’s removal. Mr Newhouse explained that “all we have been asking for is what any woman in this country would expect, and that is to be fit for the operation, to be counselled about the sexual assault and the pregnancy and to understand the operation so that she could give fully informed consent.”

At the court hearing, just as the hearing was about to proceed, the judge, Jacqueline Gleeson, was dramatically informed that the Australian Government had taken pre-emptive action and had flown Abyan out of Australia on a specially chartered RAAF aircraft to the Solomon Islands (and from there she would be flown back to Nauru).

Abyan’s attackers on Nauru are of course, still at large. Pamela Curr from the Asylum Seeker Resource Centre said that Abyan “is now being forced to have a baby that she may not want. In a country where it is not safe, where there is a rapist that knows it is his child. She is not safe.”

Furthermore, by not attending the court hearing, the Australian Government signalled to the Australian populace that it holds the law in contempt. Instead, the court should now hold the Australian Government in contempt and order, whether or not the Government wishes to be present itself at any subsequent court hearings on this matter, that the Turnbull Government return ‘Abyan’ back to Australia to receive the counselling and any other medical treatment she requires. Meanwhile the judgement of the High Court of Australia as to whether the offshore processing policy is unconstitutional is yet to be given and if the court finds against the Government this would mean that all asylum-seekers detained will be released (and damages sought). Then there is the matter of the submissions to the International Criminal Court (see tweet above re one party’s submission).

On Saturday, in a phone call from Nauru, Abyan stated that she never refused the termination. She said she had been interviewed by a nurse – without an interpreter – and when the nurse asked her about booking the termination, Abyan said, “I am sick today I will tell you tomorrow or the next day.” The Australian government did not allow her lawyer to engage any of the doctors, obstetricians or psychiatrist that had offered their services pro bono. In fact Abyan said she had not been allowed to see her lawyer. The government did not allow the Australian courts to decide on this matter because by the time the Court was aware of the issue Border Force had Abyan in the air and beyond the reach of the Court. Abyan did not refuse to have a termination. She asked for a counselor and time – just one day – because she was not well enough to have the procedure straight away and she wanted a moment to gather herself to deal with what lay ahead. 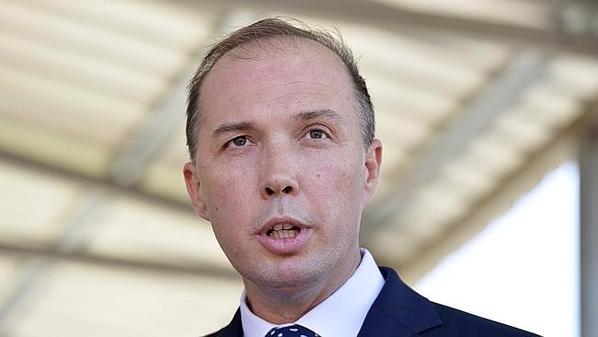 … Postscript to the first story – about the other (26 year old) Somalian asylum-seeker… Since that story broke, Mercer PR has gone to ground – forced to protect its Twitter account and temporarily close down its Instagram account and the company website (see notice below) because of the backlash by thousands of Australians, angry at the role that company played in not only justifying the practices of the Nauruan Government, but of exposing the name of an alleged rape victim.

This week also saw the Nauruan police, acting on orders from the Nauruan Government – with Australian Border Force goons standing by – raid the Save The Children offices on the island and seize computers and peripherals, so as to identify which staff within the NGO had had the audacity to pass to the media information about abuse against asylum-seekers.

Elsewhere it has been proposed that any worker – aircraft captain, airline staff, passengers, baggage-handlers, ground staff, check-in staff, mechanics and traffic controllers, etc – who witnesses the attempted removal of asylum-seekers from Australia, should intervene and refuse co-operation. (The biggest airline offender in this regard is Qantas.) In fact, according to XBorder “As a result of protests against Qantas’ involvement in deportations, Qantas have sought to put passengers who protest against deportations on a no-fly list. Presumably they still believe that they will make more money from continuing to engage in deportations while banning people who have the courage to stand up against them. While they have taken one person, Paul Leary, off their no-fly list as a result of being taken to the Tribunal over the matter, as far as we know the two women who were also placed on a no-fly list remain barred. They have also blocked comments from appearing on social media regarding their involvement in deportations.”

This entry was posted in Refugees and tagged Australia, MercerPR, Nauru. Bookmark the permalink.

6 Responses to The PR man who named an asylum-seeker who alleged rape; Govt shows contempt of court in ‘Abyan’ case