Over the last 24 hours Turkey, using its bombing raids on ISIS strongholds in Syria as cover, has launched a massive operation against Kurds within Turkey. An estimated 251 arrests were made as a result of 280 raids by 5000 police and army paramilitaries. Bombing raids have hit both ISIS and Kurd targets in Syria. This onslaught follows on only days after the suicide bombing, allegedly by an ISIS jihadist (many Kurds believe it was carried out by Turkish Govt agents) of Kurdish peace activists, at Suruc. The activists were intending to deliver toys to children in the Syrian city of Kobani, which was liberated by Kurds (mainly YPJ/YPG). The police raids in Turkey indicate a massive crackdown on the Kurds on a scale not seen for many years. The quid pro quo is that Turkey will get its buffer zone, so separating Turkish Kurds from Kurds in Syria and Iraq. It does not bode well. Below, we report on the Suruc bombing, as well as the raids across Turkey and other developments.

1. French investigators have found that Turkey’s secret services were probably involved in the murder of three Kurdish women activists in Paris in 2013. For the first time ever an official inquiry has implicated a foreign intelligence service in a political murder committed in France.

3. In a second wave of airstrikes, Turkey bombed PKK strongholds in northern Iraq (presumably with the agreement of Iraqi Government and the Coalition forces)

4. During the Thursday raids a woman was killed – gunned down by police in Istanbul. She was allegedly a member of the Marxist Revolutionary People’s Liberation Party-Front (DHKP-C).

This was the first planned attack allegedly by ISIS on Turkish soil, though previous incidents such as the 2013 Reyhanlı bombings, the 2015 Istanbul suicide bombing and the 2015 Diyarbakır rally bombings also pointed to ISIS involvement. DNA research suggests that the perpetrator of the Suruc bombing was Şeyh Abdurrahman Alagöz, a 20-year-old Turkish student, whose ID card was found at the scene (though some are questioning this).

Altogether 32 young people were murdered in the bombing. Those gathered were all leftists – anarchists, socialist and communists. They had been planning to cross the border from Turkey/North Kurdistan into Syria and to Kobane in the Kurdish-held Rojava province to deliver gifts for the war-affected children of the city and to participate in the city’s reconstruction.

In the aftermath of the bombing, demonstrations were held across Turkey. During a protest attended by approximately 1,000 people in Mersin, two protestors were shot and lightly wounded by an unknown perpetrator with a hunting rifle.

See below for a summary, region by region, of the raids.

The Turkish Government’s reports on these raids have deliberately conflated their raids on ISIS militants and those on anti-ISIS (Kurdish) militants.

According to PKK spokesman Bakhtiar Dogan, bombing raids by Turkey on the PKK saw strikes targeting mountain positions in the north of Dohuk province, which is part of the semi-autonomous Kurdish region in northern Iraq. Dogan said: “At around 11:00pm [20:00 GMT, 24 July] tonight, Turkish warplanes started bombing our positions near the border, accompanied by heavy artillery shelling”.

These bombing raids have effectively broken a two year ceasefire between the Turkish Government and the PKK. 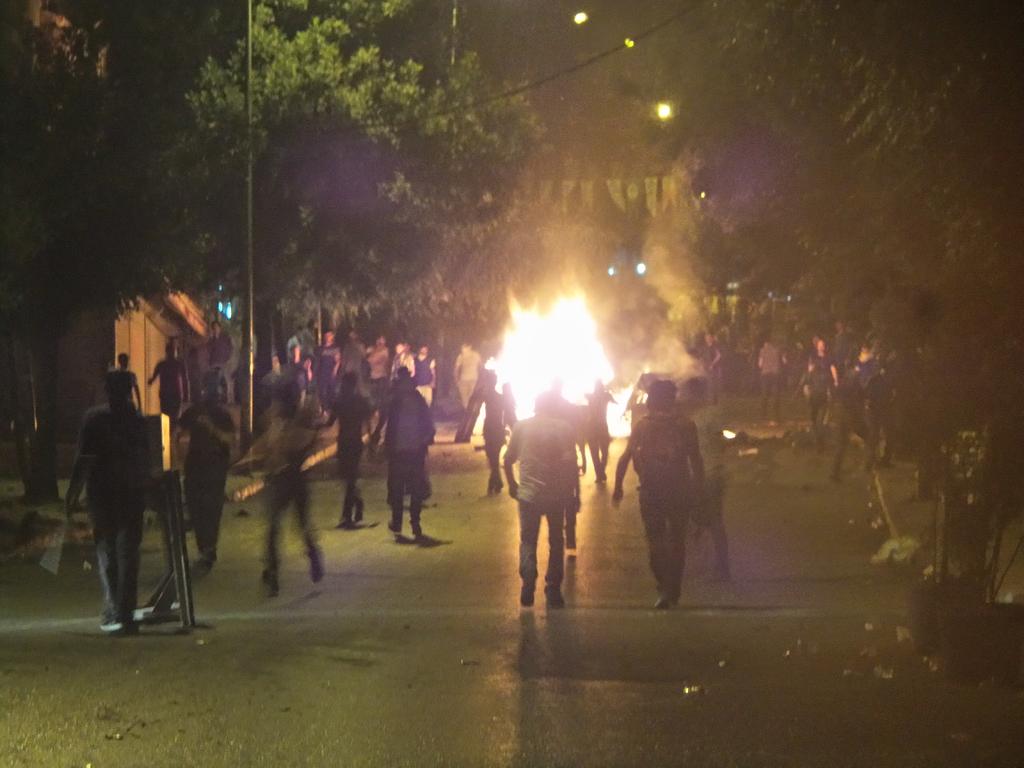 At least 35 suspects purportedly linked to the Kurdistan Workers’ Party (PKK) and its youth wing, the Patriotic Revolutionary Youth Movement (YDG-H), were detained in the southeastern province of Şanlıurfa on July 24 after Şanlıurfa Police Department Counterterrorism Unit officers raided 49 locations at around 5:00 a.m. in the districts of Viranşehir, Ceylanpınar and Suruç within a pre-dawn anti-terror operation. The police seized a pistol and a rifle from the raided homes.

Seven suspects, including a senior executive from the Peoples’ Democratic Party’s (HDP) provincial branch, two youths under the age of 18 and a university student, were detained in the Aegean province of İzmir on July 24 in a pre-dawn police operation against suspected members of the PKK and its youth wing, the YDG-H.

Günay Özarslan, a woman alleged to be a member of the outlawed Revolutionary People’s Liberation Party-Front (DHKP-C), was killed in Bağcılar during an anti-terror police operation after an exchange of fire between her and the police. Özarslan had a record of 22 charges linked to the DHKP-C, according to police sources.

Some 103 other suspects purportedly linked to the Islamic State of Iraq and the Levant (ISIS), the DHKP-C, the outlawed Kurdistan Workers’ Party (PKK) and its youth wing, the YDG-H, were detained in vast anti-terror operations by around 5,000 police officers in 26 districts of Istanbul. Some 30 of the detained were reported to be foreign nationals who may be linked to ISIL. The police seized six pistols, four rifles and several cleavers in raids of suspects’ homes.

Eight suspects linked to the PKK and its youth wing, the YDG-H, were detained on July 24 in the eastern province of Bitlis in a police operation by the Bitlis Police Department Counterterrorism Unit. The police seized an auto-action rifle as well as a large number of documents linked to the organizations.

At least eight ISIS-linked suspects were detained in the southeastern province of Adıyaman on July 24 in a police operation by the Adıyaman Police Department Counterterrorism Unit.

A large number of suspects linked to the PKK were arrested in the western province of Kocaeli on July 24 in a pre-dawn operation by the Kocaeli Police Department Counterterrorism Unit. The police did not provide further details on the operation.

At least 14 suspects, including purported members of both the PKK and ISIS, were detained on July 24 in an anti-terror operation in the capital Ankara by the Ankara Police Department Counterterrorism Unit. Nine of the detained were reported to be ISIS-linked.

Five suspects linked to the YDG-H were detained on July 24 in an anti-terror police operation in the eastern province of Elazığ. The police seized unlicensed weapons and several documents during multiple raids. Further details were not provided.

Yesterday, nearly three hundred people set off from different cities in response to the call of the Federation of Socialist Youth Associations to help rebuild Kobanê, which had been captured and looted by ISIS.

Today, on at arriving Suruç (Pîrsus in Kurdish) and just before leaving for Kobane, these young people issue a press release in front of the Amara Culture Centre. At the end of the press release, a bomb exploded in the middle of the crowd, silenced many hearts, which had been beating with the hope of reconstruction.

32 people died and hundreds more were wounded by the explosion.

The ones who set off from many different cities, the ones with great hopes in their hearts, are now the fallen ones, the target of the murderers. The people who taken to the streets to call for justice, or who are waiting outside the hospitals, are now being threatened with TOMA (water cannon). Notably, the police arrived at Amara Cultural Centre sooner than the ambulances did.

Those in ISIS who have massacred numerous lives, starting from the first day of the Kobanê Resistance, are now trying to discourage us by murdering our brothers and sisters.

While ISIS preaches hate, in Rojava (Kurdistan) a feminist revolution is unfolding…

Liberation of Kobani province: “When ISIS hears the battle cry of the YPJ [Kurdish women’s militia] they flee”