In March 2015, staff from the Holocaust Museum’s Simon-Skjodt Center for the Prevention of Genocide travelled to Burma to investigate threats facing the Rohingya people, a Muslim minority that has been the target of rampant hate speech, the denial of citizenship, and restrictions on the freedom of movement. According to a report by the Museum, just released, these threats, as well as a host of other human rights violations, have put this population at grave risk for additional mass atrocities and even genocide. See below…

(Meanwhile, last Wednesday Malaysia and Indonesia finally bowed to mounting international pressure, announcing that they would offer refugees temporary shelter provided that they are resettled and repatriated by the international community within a year.)

The staff saw at first hand the Rohingya’s physical segregation, which has resulted in a modern form of apartheid, and the devastating impact that official policies of persecution are having on them. When asked what the Burmese government wants to do with them, one Rohingya advocate replied, “They want us all to go away.”

The delegation left Burma deeply concerned that so many preconditions for genocide are already in place. But there is still an opportunity to prevent this devastating outcome. Their report report sounds the alarm about the need for urgent action to address these warning signs and to prevent future atrocities, including genocide, from occurring.

Here is the full report.

(Below: the Aceh fisherman who intervened and saved scores of lives when he spotted a boatload of Rohingya refugees off the coast.) 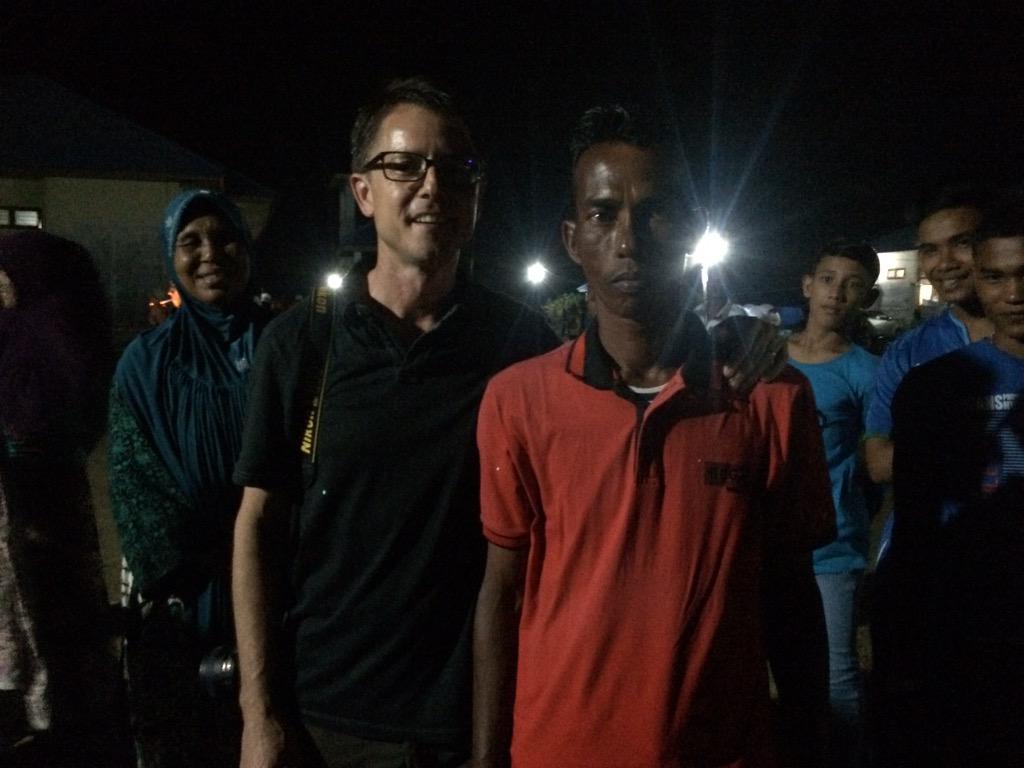 This entry was posted in Refugees and tagged Indonesia, Myanmar, Rohingya. Bookmark the permalink.